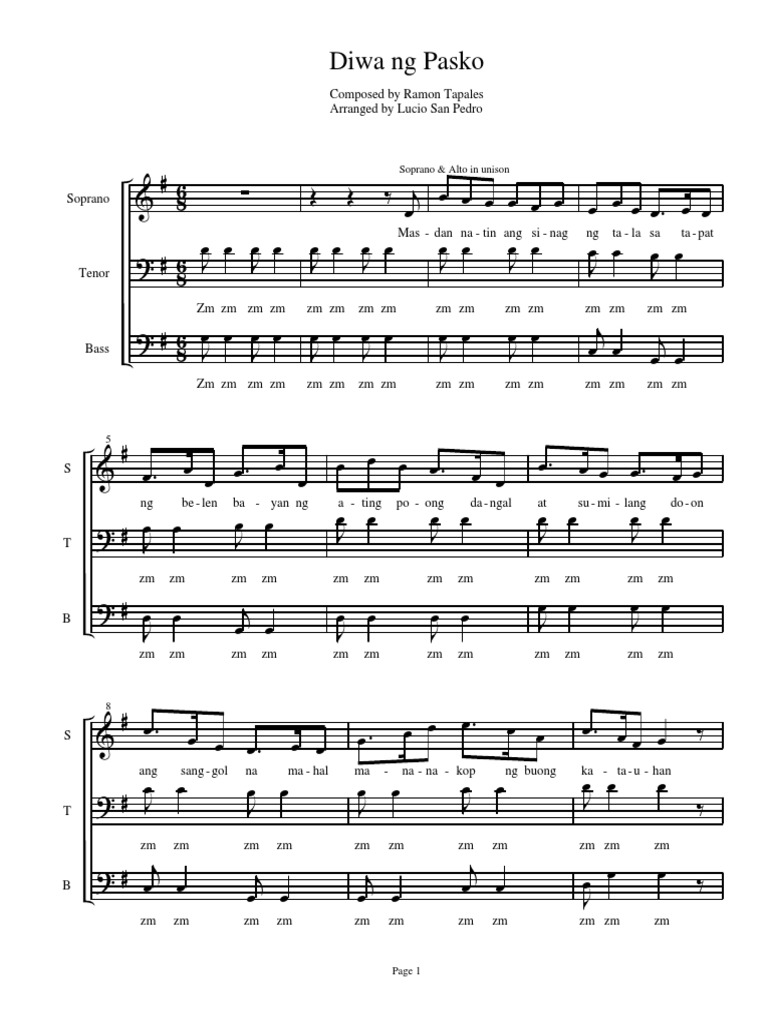 Few hours from now, we will be celebrating the birth of Our Lord Jesus Christ and accompanying his birth are the melodious paasko we sing for His honor.

Christmas songs can be heard as early as my birthday comes to an end September 1st, my birthday is on August 31st and household just paeko my brothermalls, radio stations and elsewhere are already played.

Not being too excited but it keeps on reminding people that Christmas is just around the corner. Even though I am considered a music addict, which different genre of music is what I love to hear, I also favor some Christmas songs.

These songs remind me that Christmas is not only about giving gifts, exchanging cards and sorts of food but also tell me that Jesus Christ is our savior. Now, may I share with you if you care? I will not include the interpretation or meaning of the lyrics of the Christmas songs I like the most because they only mean one thing, the joyful celebration of Christmas!

Though this song sang first by Ariel Rivera, the rendition of Sarah Geronimo is the best. It seems that when she recorded this, she was crying and wholeheartedly interpreting the song. Maybe others will agree on me but to all Filipino singers who aspired to render this pedroo composition like Jed Maddela, Lea Salonga and the original, Ariel Rivera, I really bet for Sarah’s version.

At kahit wala ka na, nangangarap at umaasa pa rin ako Muling makita ka at makasama ka Sa araw ng Pasko Originally sang by Kuh Ledesma with another version by Christian Bautista, this has mixed with a romantic mode while celebrating Christmas. My favorite scene on that movie was when the character of JLC came with the character of Bea doing Christmas shopping at Divisoria.

This song intricately describe and explain how a Christmas tree is decorated with different lights, ribbons, stars, Christmas balls, sash and the star on top of the Christmas tree. Honestly, I prefer the most original version but I can’t find it.

Whatever it is, whenever I hear this, Christmas is already coming! Kikindat-kindat, kukurap-kurap, pinaglalaruan ang iyong mata Habang lalong dumadami, regalo mo’y dagdagan I was already grown-up when I fully understood this beautiful song. It only gives us learning that Christmas is not always about toys, money, clothes and other material things but as simple as peace, joy, hope and love is enough. Numerous singers have performed this classical song but I prefer Kelly Clarkson’s version because it is Kelly Clarkson!

This had been a classical Christmas song written centuries ago but only Celine Dion can belt this beautifully and truly holy. When she sang this live, it was an amazing act that you can only cry after hearing this. This song depicts how truly that night when Jesus Christ was born, a very holy one.

O night when Christ was born O night, o night divine Then ever, ever praise we I just love the feel of this song though Siakol is known for an underground kind of music. I perro thought that they can actually create a beautiful Christmas song which gives us a complete face of a Filipino celebrating Christmas. The title of the song, it is just a greeting but with full of heart and conviction: Naitayo mo na ba ang Christmas tree? That kind of introductory music is an Itchyworm signature, a fast beat. And of course the chorus; “Every time I see you I hear there’s something that’ll make you smile So kiss me if you want to Don’t you worry if we’re apart I hope this season will be a reason enough to make you smile I heard this in which is part of Christmas advertisement of Coca-Cola and again thought they only asked Train to compose a song for them. Well, I made myself incorrect again because this was really Train’s song. If you will elaborately listen to the tune, you will hear the slogan tune of Coca-Cola.

Last year, when Miss Universe happened in December, Train was invited to perform song for the girls and this was one of their repertoire. The song’s message is very simple, we need to shake up, wake up and come with everyone because its Christmastime! I hear your reindeer I see the snow there Your boots have been I’m gonna show them So they will know then Then love will grow and they believe again This is truly my most favorite Christmas song because of its full of tradition, which only the Philippines have in the whole world.

For me, this really acknowledges not only the celebration of Christmas by means of generosity, thoughtfulness and happiness but all about the birth of Jesus and making Him the King of all Kings. And when you hear that kind of bell, it is got to be Christmastime! Loudly proclaim with one accord, the happy tale, welcome the Lord Ring Christmas bells sound far and near, the birthday of Jesus is here Herald the news to old and young, tell it to all in every tongue